Disney on Ice has always been on my ‘with the family’ to do list, and like so many other big events with young kids, we have been waiting for the right time to go for it – to make sure as best as possible the girls were at the right age to maximise the return on investment of the ticket price. Ie sit on their bums for the duration of the show, know who all the characters are, and be more interested in the skating than the ice cream.

Back in 2017 (remember that?), Disney On Ice was passing through London with its Passport to Adventure tour, at the 02 over the Christmas holidays. Most of my trips to the 02 have been boozy grown up affairs, seeing bands or for drinks and meals, but this gig seemed the perfect time to take the kids to see the ‘millenium dome’ for the first time. Although we’re in Kent, at off peak times the Greenwich Peninsula is just a 30 minute drive from us; making it all the more perfect destination to sling the kids in the car and take them on the trip of a lifetime. (Heads up be prepared to pay for the parking fee of a lifetime too!). Still, there’s value in convenience when you have two young kids and can dodge the tube, right?

We gave ourselves loads of time to arrive, park, collect our tickets and queue through the stringent security checks at the 02. With last years shocking goings on at large venues, it’s one of the few times I’ve been more than happy to queue with the kids, for obvious reasons.

Thanks to having read previous reviews on Disney on Ice, I smugly pulled out the girls flashing wands off of fireworks night, and Mouse ears from our recent trip to Disneyland Paris, and dodged the £20 a pop Disney version, which of course they were totally uninterested in. Be prepared for some pretty steep merch prices if that’s your thing – we had even packed drinks and snacks, but given I’d read up that they can’t be taken into the venue, I abandoned them in the car. Happy (us not them) with one £3 bottle of H20 and a £4 box of popcorn, we made our way to our seats without any problems. I was pleasantly surprised about the lack of crowding or feeling penned in – something that if I’m honest I’d worried about a little, having never taken the kids to a large arena before.

The 02 was set up differently to how I’d ever seen it previously- with the floor space being mainly filled by the huge rink. This meant that most of the lower level seating had a really good view of the performance area.

The performance started with a rink side warm up courtesy of the Fit to Dance troop – including Zootropolis’ very own Judy and Nick, and some impressive dancing on ice to get a taster of what was to come. This was a great way to get the kids focused on the start of the show and on their feet, having got a little impatient whilst waiting for the show to start (a down side of being too punctual!).

Swiftly after the warm up, the classic Characters Mickey, Minnie, Donald and Daisy made their first appearance and the magic really began. Following a story of an epic adventure by a magic tablet (so high tech) we were taken with the characters on a journey through some familiar landscapes…

The plains of Africa

Following an incredible entrance by Rafiki, the Lion king characters glided, spun and flew through a condensed version of the movie – along to the epic soundtrack of the favourites from the film, the love story blossomed and the hilarious Timon and Pumbaa reminded us of their mantra, Hakuna Matata!

The adventure continued in the first half with a visit to a bedroom window right here in London. As the darling family settled down to bed, the duo from Neverland paid them a visit. As Peter chased his shadow around the ice, and Tinkerbell sprinkled her fairy dust across the arena, the new friends took to the air in an impressive display combining the skating with actual flying – right down to Neverland.

Along with the lost boys, the pirates, and even that tick tock croc, the movie came to life on the ice with spell binding special effects and set, transforming the ice rink into a magical kingdom, the one to the second star on the right and straight on till morning…

After a short interval – just long enough for that all important wee break, Mickey and friends took us to the next destination on our journey. With fabulous costumed characters Sebastian and Flounder, Ariel and her sisters took our breath away with on ice acrobatics and skating routines that took us right there with Ariel – under the sea.

This was undoubtedly my favourite section of the whole show, and the bubbles, skating, the love story and music gave me all the feels – perhaps because this was the movie of my own childhood, and it gave me goosebumps to watch the girls faces. A truly beautiful performance.

With the combination of Disney and Ice, there just HAD to be a visit to Arendelle, didn’t there? The sisters didn’t disappoint, and along with Kristoff, Olaf and Hans, the entire story was recreated right before our eyes – ice palace and all. The snow and pyrotechnics took the Frozen chapter to a Disney on Ice high, and without a doubt, this was the part which had our three year old literally crying for more.

All in all, we had an amazing time at Disney on Ice, and it was the perfect end to a magical Christmas – some quality time as a family after lots of visiting relatives and watching movies at home. I’d go back to a new Disney on Ice show in a heartbeat, and given that our own little Mouse was caught ‘skating’ along the kitchen floor on two toy saucers the next day, who knows, maybe it sparked a little dream for her too.

Disclosure: We were sent the family tickets to Disney on Ice in exchange for an honest review. All opinions are my own.

For better images of the Disney on Ice stars, plus information about tickets and future tours head over to the official site 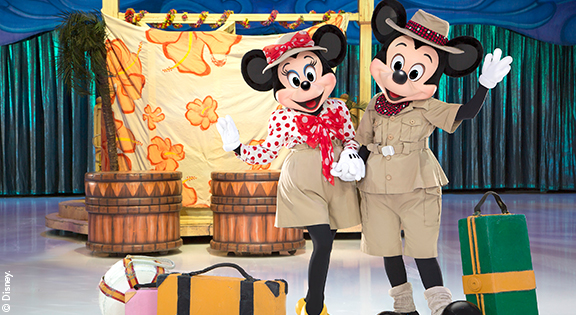 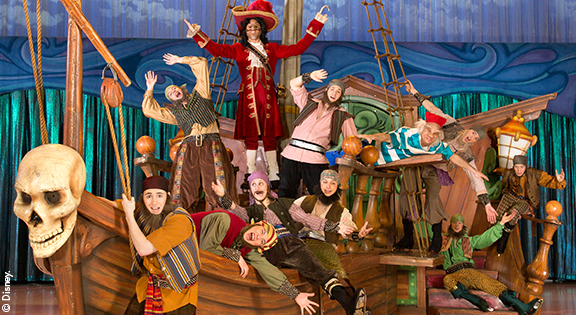 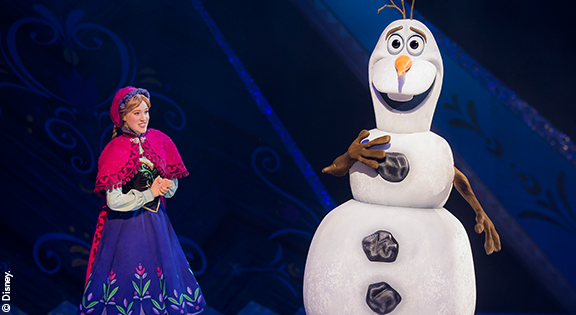 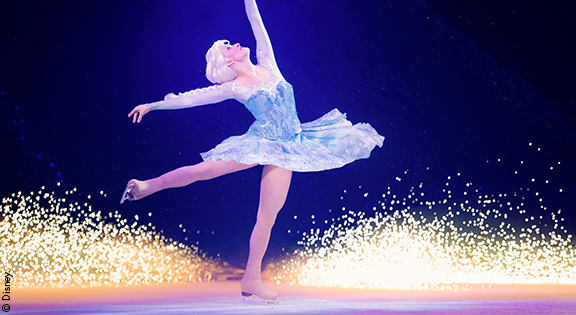 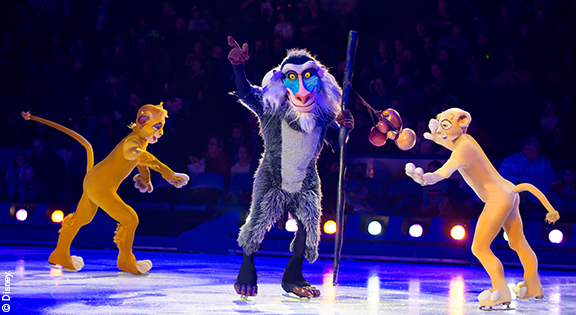 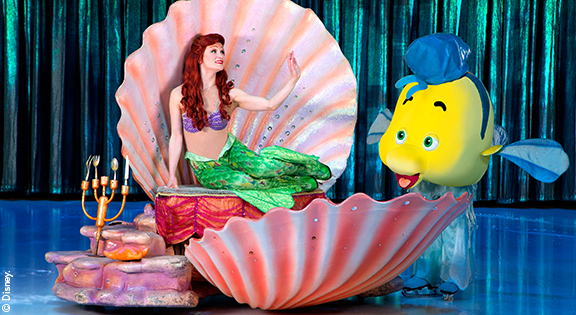