I imagined what it would be like when the big one started school – how it would be an opportunity to really get to focus on the Mouse and spend some quality time together. I imagined slow walks to the park with her, play dates with some other overlooked siblings, and lazy days at home painting, playing games and doing puzzles.

And maybe the odd bit of TV.

What I had taken for granted is that I still have boring stuff to do, and ‘Sans sister’ to play with sometimes the only friends around to keep her company while Mummy gets on are inside a square box in the living room.

I had long forgotten about some of these shows, that have been rejected for their babyish tones by Tigs. Yes, poor Mouse had not yet had the joys of Andy’s dinosaurs, Mr Bloom’s marrows or Mr Tumble dressed as a Woman…until now.

I’m not sure what the Beeb bosses were thinking when they cast the perfect mother for Topsy and Tim as that one from Albert Square who was having it off with Max Branning and got bumped off with a nasty bang to the head. But, in a strange way, I kind of enjoy watching the perfect existence of the twins and co; it’s like Made in Chelsea for kids.

And I’m still wondering if that Welsh lady from ‘Let’s Play is Alex Jones’ twin sister? Or, is it Alex herself, in a pre-glossy One Show life?

I had totally forgotten about that sinking feeling when you realise you are enduring ‘Show me, show me’ for a painful second time and therefore clearly failing miserably at motherhood. It’s normally at this point the TV gets switched off and a pack of crayons appear as a desperate attempt to regain some parenting self-worth.

But on a positive note, I’m over the moon that that Granny Murray and the rest of her quite frankly, oddball friends have buggered off. 6 am starts are bad enough without that trauma. That truly was children’s TV at it’s worst.

Kids TV has certainly gone through some evolution in our house. There was a day that Tigs would literally beg us for more Bing, and our toyboxes were overflowing with the never ending toy range fuelled by the CBeebies marketing crew.

But then there was a sudden turn of events. Rejected for it’s immaturity, we were overjoyed to discover a whole new channel of Nickelodeon Junior. I’m ashamed to say I was actually quite into Paw Patrol initially. Those Pups are pretty cool (if somewhat Geographically confused, with their English accents but American emergency services gear).

Peppa Pig however has always been one I’m a bit sceptical of. As a friend once pointed out, how can a kids TV show be so popular when the main character looks like a talking cock & balls? Now that’s a mental image you can never unsee, and you’ll be sniggering at every home baked phallic Peppa Pig birthday cake you ever see popping up on your social news feed forever more. We soon moved on to the Disney film phase. The joy was short lived and the obsessive compulsive princess obsession soon drove us to the brink. (Apart from the Cinderella movie, I’m always obliged to kick back and chill with Robb Stark for a couple of hours). 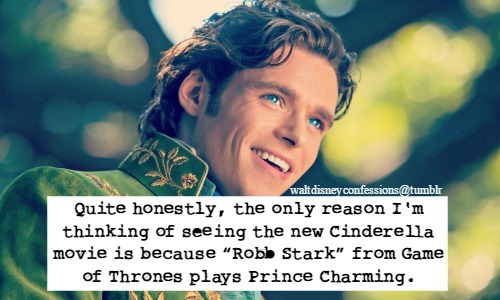 Thanks to the movement towards on demand TV, Peppa, The Pups and what I’ll only describe as ‘Princess drivel’ has had me running for the hills / park / garden / TV free zone of the house. We are no screen-free-family by any means, but TV has it’s time and place at our place. And that doesn’t include ‘all day every day’, mainly for selfish reasons and retention of my sanity. TV time has mainly been reserved for the 6a.m. graveyard shift, the post park zone out, and the ‘Please let Mummy cook in peace‘ time windows.

Yet here we are, somehow back in time to the initial excitement of hearing our tot mumbling ‘Hello, Mr. Tumble’ in the cutest voice ever. Back where it all began, four years ago.

We’re rummaging through the bottom of the toy boxes and dusting off a rather dusty Iggle Piggle and tatty old Woolly ‘It’s only a toy spider’ and I’m kind of sad I sold that Mr Tumble rucksack on eBay for fifty pence. They are like old friends, so familiar to me yet so new to her (in the absence of her sister the telly dictator). Yes, it’s time to appreciate this stage before I blink and it’s over again, and this time for ever.

And then she’ll want that offensive pig back on.

42 thoughts on “[We’re all] Friends reunited”