It seems as a nation we are divided again… Brexit, Tories vs Labour and now, Love Island. There are two definite camps – those who are obsessed and clock watching to 9pm every night, and those who quite frankly couldn’t imagine a bigger waste of time than watching a load of airheads getting up to, well, not alot really.

Somewhat late to the Love Island party, I had heard whispers of the Love Island addictions last year, but I was probably too busy blogging to take an interest. This summer, we thought we’d watch last years on catch up, just y’know, because it was something to wind down to. Halfway through season two, we ditched it to start season three in real time. We knew the ending after all…

So now, we’re hooked. After initially saying we’d never get used to these new villa residents, now it’s as though we’ve known them forever and inexplicably, we’re on a rollercoaster of emotions with them.

It’s stats have wiped the floor clean over Big Brother and it’s ratings have skyrocketed since the first series. So what does a thirty something Mum of two (and others) find so gripping about this reality TV drivel (and for the record, a legendary rocker – Liam Gallagher was quoted to have ditched watching Glasto to catch up on his fave show).

Ultimately, this is brain numbing TV at it’s best. Granted, you may prefer to watch something more wholesome or educational with your precious adult TV hours, but sometimes, you just need to switch off that noggin and zone out right?

As a blogger, a lot of my laptop time is done Monday to Thursday after the kids are in bed. So I’ll probably be tapping away on my keyboard with a bit of LI on in the background. It doesn’t take too many brain cells to keep up with the gist of what’s going on, so you can be multitasking like a boss whilst keeping up with who’s with who.

Every now and again you have to remind yourself these people have only known each other for days, as they weep and sob their goodbyes and declare their love (?) for each other. One minute you will be desperately hoping for cupid’s arrow to hit two islanders, and literally the next night you’ll be screaming at the TV to get one of them evicted for being such a snake. Mentioning no names, of course.

Unlike other shows which are filmed way in advance, the real time element of Love Island means as a viewer you can influence what happens to the islanders. Booting them out, sending them on dates or making them do crazy stuff. The beauty of this is that we have seen what they haven’t, so it’s revenge time on those who aren’t playing it fair…With the click of a button on an app you can get involved, and unlike other shows in the past, this time it’s totally free.

If you aren’t watching the show, and you’re wondering why the hell random names are trending on twitter each evening…that’d be Love Island.

I cannot tell you why, but seeing these folk seemingly fall hard and fast, in and out of love is quite captivating. The cliffhanger endings each episode literally leave you wanting more and the 23 hour wait is pretty agonising. Sad but true.

Granted, we were quoted to say that the Islanders this year were all mingers, but it’s true as you get to know personalities, their beauty (or ugliness) shines through. With bodies to die for and genuine beauty, it makes quite easy viewing. These are life’s beautiful people, lazing around in a beautiful villa, wearing the latest fashions (I think) by night and very little by day.

Sex on TV isn’t as rare as it used to be. Thanks to shows like Geordie Shore, an under duvet romp isn’t as shocking as it used to be. But, it’s unlikely you’ll get through a week of LI viewing without having a conversation about what their parents must think. As a Mum, I shudder at the thought of my girls ever wanting to do a show like this. 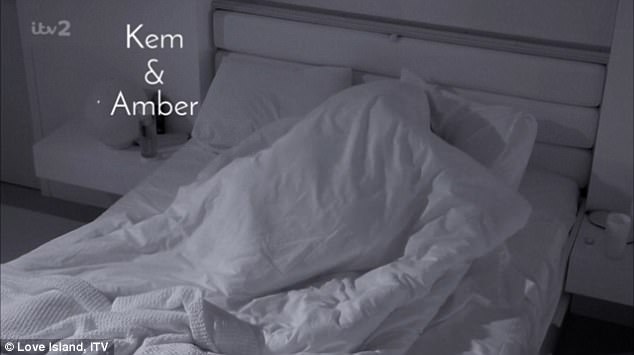 Plus the backstabbing, snaking and blatant couple swapping is just too watchable…

It’s down with the kids

It’s pretty depressing when you hear these contestants talking about how old they are – really? 21? Crap, does that make me old enough to be their Mum? Either way, it’s an eye opener to what the generation below us are up to. We’re learning the lingo, realising it seems cool to smoke again (what the?!) and opening our eyes to the folk in society coming up through the ranks. Although, to be fair, I’m pretty sure this isn’t a representative sample of the 18-30 population of the UK. Is it?

You could be mistaken for thinking all of these contestants have no morals and are all for putting it on each other on national TV, however this years line up includes some characters who’ll have you hugging the screen as they are all for ‘waiting until the time’s right’, fighting the corner for Feminism, and relatively reserved in what they are prepared to do.

Yes it involves some bedroom antics, but more to the point, it’s not CBeebies. Not for the faint hearted or easily offended, this is a show you certainly don’t want any impressionable young minds view…

So look, I get it those of you who are way above this kind of trash TV. It’ not for everyone, but for those who are loving a bit of Love Island this year, I can totally see why and I’m right there with you!

25 thoughts on “Why HAS the UK gone #LoveIsland mad?”

KEEP DANCING ⚡️Need to share a photo which mak

ONWARDS 💙 If you’ve seen my stories this week

HOP HEAD 🍻 Adorning your house with hops and ma

‘Smell the sea and feel the sky, Let your soul a

A NEW START ✨ Hello, it’s not often I post on

I ONLY POPPED IN FOR PLANTS… 🌱 It’s the opp

MORNING SWEET PEA 🌸 We bought a composter with

ADULTING 🎸On the outside I’m forty, on the in

THE MOTHERLOAD 💜 It’s never one big thing. It

CELEBRATE YOUR WINS 🧡 This little pot of physal

‘GO WHERE YOU FEEL YOU BELONG’ ✨Hello, I’m