As you already know (OUR BIG BUILD) we spent the early summer building our dream kitchen…so it would be rude not to fill it with some gorgeousness, in the form of an a selection of accent coloured accessories.

Our old kitchen had been red. Angry and bold; we regretted that pretty swiftly and painted the walls in a shade of sage green, overtly olive. Sadly we had already invested in a collection of red shiny diner style bits and pieces (kettle, toaster, blender…). However, luckily for me the kettle did get suitably trashed in its excessive use by builders over the 3 months, so that was a good enough excuse to ditch it and start afresh.

With any white room (we have alot of them in our house), choosing an accent colour to dress it has to start with a trigger to spark the imagination. In our kitchen it was this…

We had debated heavily whether to put a TV on the wall in the new family area, but eventually, decided against it in favour of having a screen free zone where we can eat, cook, play away from the drone of the box (and ceebeebies). My birthday fell towards the end of the build and I asked Mr G for a DAB radio. When I opened the parcel and saw what Mr G had chosen, I fell immediately in love with the colour. The radio too has possibly been the best present ever, as has rekindled my pre-baby passion for music with the help of some great radio stations. The kids and I have spent many happy moments dancing while we cook, eat and play; it certainly does something for the soul.

As an adult, I hadn’t really considered what my favourite colour was. Until, that is, I became a parent. I have subsequently been forced to consider this on a daily basis, and have concluded it is green. Reinforced by the excessive foliage in every room in our house, the woodbine sofas and of course, our treasured garden.

I had some vouchers for my birthday which I decided to use on some bits for the new kitchen. Kettle at the top of the list, I couldn’t believe my eyes when I saw this set, in the same shade as the radio…

Now, admittedly, there was nothing wrong with the red toaster… But I couldn’t resist the perfect pairing of the colours with our cream units and  leaf green radio. We found a good deal online for the set together too.
The next addition was a real hide the bags moment…impulse purchase…but sometimes you just see something and you know you were meant to be together?…

And so, began my love affair with botanical prints, courtesy of Marks and Spencer’s summer range (sadly no longer available).

I did pick up the tea towel and oven gloves while they were in the sale…but resisted on the cake tins. See, I do have willpower.

I fell head over heels in love with a dining set called ‘Verdi’ also by M&S, however we had decided categorically that we were going to go with an IKEA set of 6 plain plates bowls etc for every day use. I managed to stand by this but did however accidentally pick up two of the pasta bowls before this hugely popular set was out of stock. If M&S ever bring it back I may not be able to resist next time…

Now, alongside hiding all the bags of beautiful botanicals, I was tasked with purchasing a light for the main kitchen area.

I didn’t think this would be a problem – pendant lights are everywhere right now aren’t they?  But, it would seem often too big, too small, too expensive, too cheap, too industrial, too plastic.

My love of chatting to randoms paid dividends in John Lewis one day. A lovely man called Graham in the lighting section asked if I was okay, and he got the third degree on how I just couldn’t find what I was looking for. The saint of a man listened to my User requirement specifications and disappeared to the stock room, returning with the one:

The Hampton pendant, reduced in the sale by over 50%. The moral of this story is when asked if you need help, accept it!

Now I mentioned having a little birthday money to spend. I had become a little obsessed with the idea of a shallow iron casserole dish. Somewhat shocked at the price of them I had been checking out some of the cheaper options, and then been advised that this is one of the things in life that isn’t worth cutting back on. I did however decide to make a journey to an outlet retailer Le Creuset store, and saved myself a decent 20% or so.

The final item we desperately wanted for the kitchen was a large wall clock. Again, we saw so many lovely ones around I hadn’t thought it would be a challenge. But once we agreed we would buy one as the finishing touch, they suddenly all seemed too enormous, too small, too Roman Numerally (I wanted numbers for the kids benefit).

I’m a firm believer in fate, and had told everyone not to buy me a clock for my birthday as It had to be just right, and if I had to wait a year until I found it, then that was fine. The family all became obsessed with googling clocks. And then, there it was…

Leaning against a wall in the home section of our local garden centre. On its own. A bargain at £30. The perfect size and in the perfect colour.

I really shouldn’t of, but it WAS my birthday?! It’s amazing how far a £20 voucher goes eh? #hidethereceipts 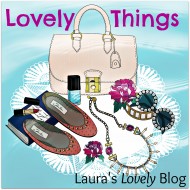